Will you enter the 2018 Video Challenge? Maybe you can get some ideas from this year's winner. 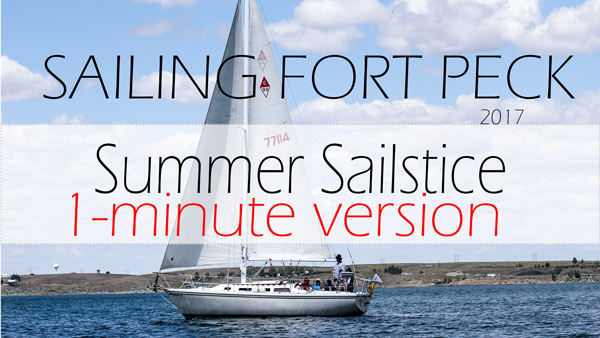 If you enjoyed this year's Video Challenge and are thinking about entering in 2018, take a look at this year's winning video and maybe you'll get some cool ideas!

Fort Peck Sailing Club commodore, Rafe Sigmundstad, had plenty of action to film during his Summer Sailstice celebration and gathered more than 11 minutes of video and still shots, before editing it all down to his 1-minute clip for the 2017 Video Challenge.

Each year the members of Fort Peck Sailing Club sign up for Summer Sailstice and spend the day sharing their love of sailing with people who would like to try their hand, or just their butts at sailing. This year's plan was no different and Rafe and his fellow club members prepared their sailboats and spent the day welcoming almost 40 potential new sailors aboard for an hour of sailing on Fort Peck Lake, Montana.

Several club members volunteered their boats and their captaining skills. Among them was Rafe’s brother, Jason, with his Catalina 22 “Ilene”, Doug Long on his MacGregor 26, and Dan Hohman on his American 26. Club co-founder, Page Anderson, completed the fleet with Hobie Waves. 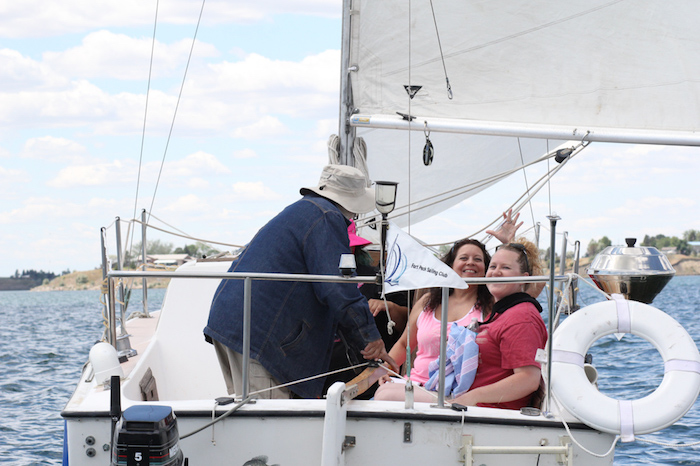 Guests enjoy their introduction to sailing.

Rafe said they had advertised in local papers, online, and put up posters, but had no idea how many people would show up.

“Maybe it would be hundreds, yikes!”

By the time the skippers had finished their pre-sail meeting the club’s band of volunteers were already registering several guests. One of the first in line was Marina, a young woman who had signed up for Summer Sailstice months earlier and, on the day, drove three hours to join the celebration. Marina was hooked from the start and followed her sail aboard Rafe’s Catalina 30 with a ride on a Hobie Wave. By the end of the day, Marina had sailed the Hobie solo, and joined the Fort Peck Sailing Club. She had clearly found her passion.* 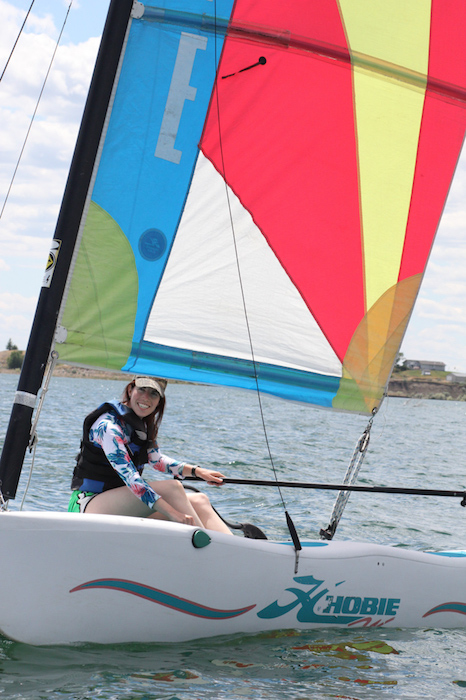 “I think it was a great example of the successful outreach provided by the Sailstice event, and how our club is growing and providing opportunities for people to get into sailing,” Rafe said.

The beauty of the lake was a highlight in Rafe’s winning Video Challenge entry. Under a sunny sky and winds of 8-12 knots, the Summer Sailstice day was enjoyed by everyone, including Rafe’s six-year-old son and diehard sailor, Gabe, who was the boat’s designated host.

“He loved the idea and took his job seriously. He was to offer our guests snacks and water. For the first two boat loads he was relentlessly hospitable. By the third trip, he was asleep in the cabin.” 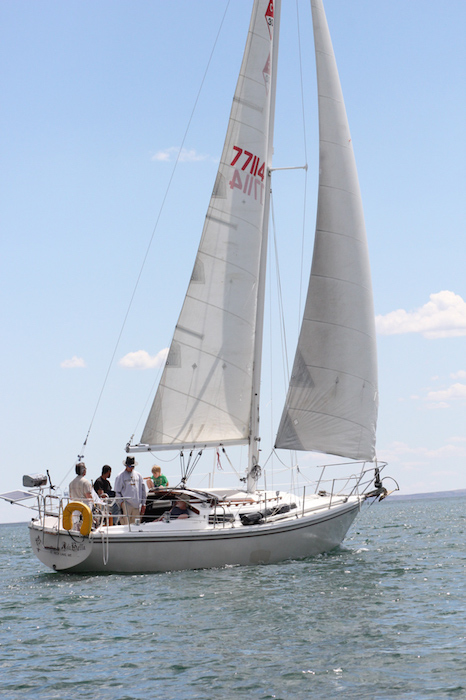 Young Gabe is awake, for now.

The day ended with club members enjoying a potluck dinner and forward planning session. Since their official beginning in 2015, Fort Peck Sailing Club has celebrated three Summer Sailstice events, each of which have served to educate the community about sailing and help grow their membership.

“Since the Sailstice event, we’ve seen our membership add another 7 families for a total of 19,” Rafe said. “We’re learning and improving.”

Memberships at Fort Peck Sailing Club are $50 per family per year and include access to a handful of boats: Lasers, Hobie Cats and Optis, plus helpful introductory guidance by the club’s enthusiastic sailors.

So with all this going on, how did Rafe manage to capture the 11-minutes worth of action and still shots that he used to create his Video Challenge entry?

“I spent most of the day looking maybe a little silly, with a GoPro strapped to my chest and another clamped nearby. But I wanted to capture the excitement and participate in your video contest. It was a little difficult to chop that down to 1-minute, but a fun challenge.”

He had also arranged the event’s safety-boat crew, Joanne and Harold Gilliam, to use his DSLR to take photos of the boats on the water. With typical Fort Peck style enthusiasm, Joanne and Harold drove 5 hours from Billings to skipper the RIB.

“Their son Caleb is our all-star member and future Olympian sailor,” Rafe added.

So what does the future hold for this emerging film director?

“I’m glad Page suggested we take part in it [Summer Sailstice] 3 years ago. Also thank you for choosing my video. I feel very honored. I wish to continue improving my photography and editing skills. I wish my videos looked like those of SV Delos or Sea Change.”

If you enjoyed participating and/or voting in this year's Video Challenge and are thinking about entering in 2018, maybe you can take some cool ideas from all of this year’s entries.

Either way, go to our home page now and Sign up for 2018, then start practicing. We’re happy to share any videos you want to send our way.

In the meantime, here is the full 11-minute version of Rafe's Fort Peck Sailing video. Enjoy! 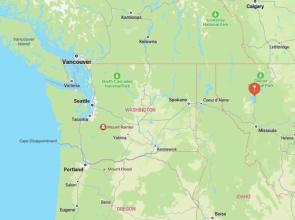 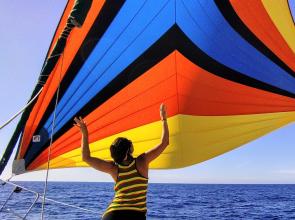 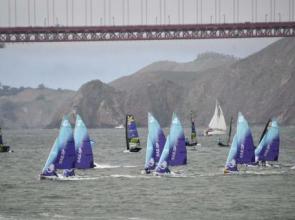 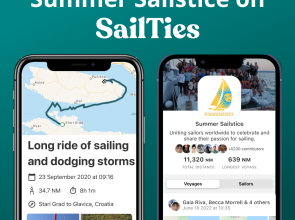