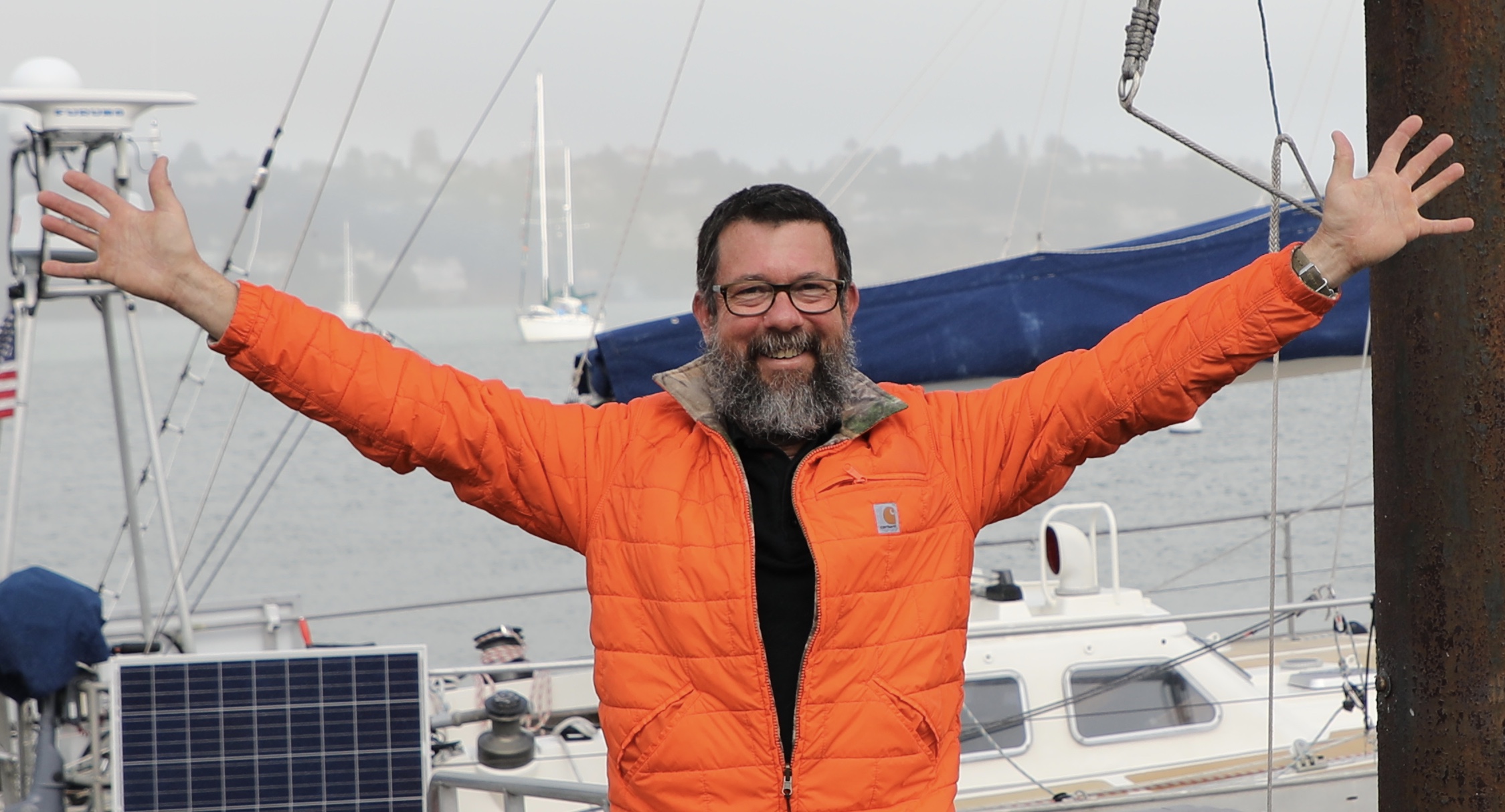 We were very honored when we received notice that Randall Reeves wanted to be a 2021 Summer Sailstice Ambassador. After all Randall got his start where Summer Sailstice did, the Bay area, and is a sailor we have admired for some time. Growing up sailing out of Stockton Sailing Club, with frequent trips boat down to the Bay. Followed by many years of Bay sailing before getting into Ocean sailing and ultimately sailing around the world. It is said, if you can sail in the San Francisco Bay, you can sail anywhere in the world. Randall Reeves is one of many incredible sailors who have proved this to be very true.

In 2020, Randall was awarded the Cruising Club of America’s (CCA) highest honor, the Blue Water Medal, for his “first-of-its-kind circumnavigation.”  Reeves is the first person to complete a Figure 8 circumnavigation of the globe — an almost 40,000-mile voyage, which he completed in just under 13 months. According to a CCA press release, Reeves receives the award for “sailing his 45-foot aluminum cutter, Moli, alone around Antarctica and then through the Northwest Passage in a single season — departing and arriving from San Francisco.” 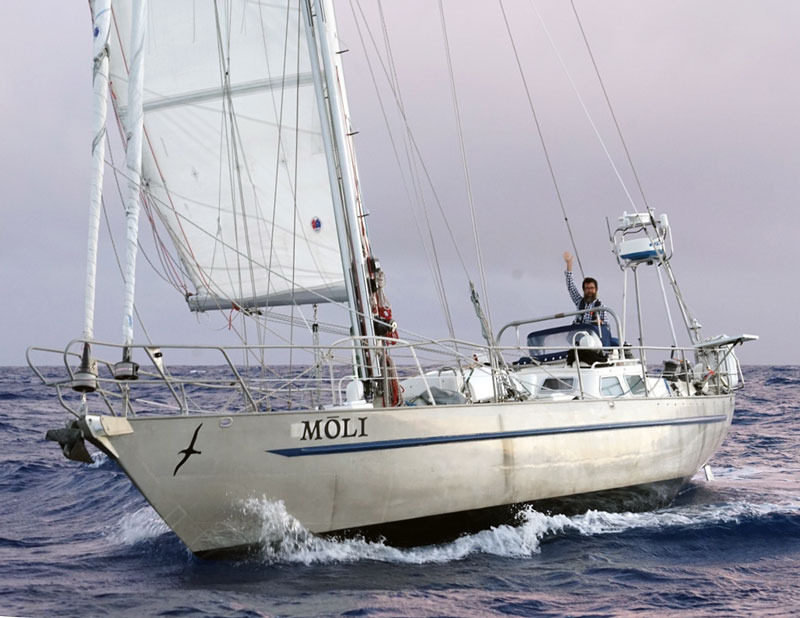 The successful circumnavigation was Reeves’ second attempt at the Figure 8. His first attempt, which launched in 2017, was scuttled by a few unsavory incidents after which he referred to the voyage as “the longest shakedown cruise in history.” He lost both his autopilot and windvane as he approached Cape Horn and put in at Ushuaia, Argentina, for repairs. Then, in the Southern Ocean, he endured a knockdown in which he lost a pilothouse window and some electronics. After sailing to Hobart, Tasmania, he made the decision to hit the reset button and restart the Figure 8 anew.

Reeves embarked on Figure 8 version 2 on September 30, 2018, and headed straight to Drake’s Bay, where he waited for wind. It was during this lull that his mind roamed to consider the task ahead. “I was not feeling all that hot. I was scared, afraid, and timid while sitting there in Drake’s Bay.” But as the legendary sailor said at his homecoming reception in October 2019, the key was to get going to get on with it. “I’d go from one gale to the next. Then I went through a really bad storm, and I didn’t die …” 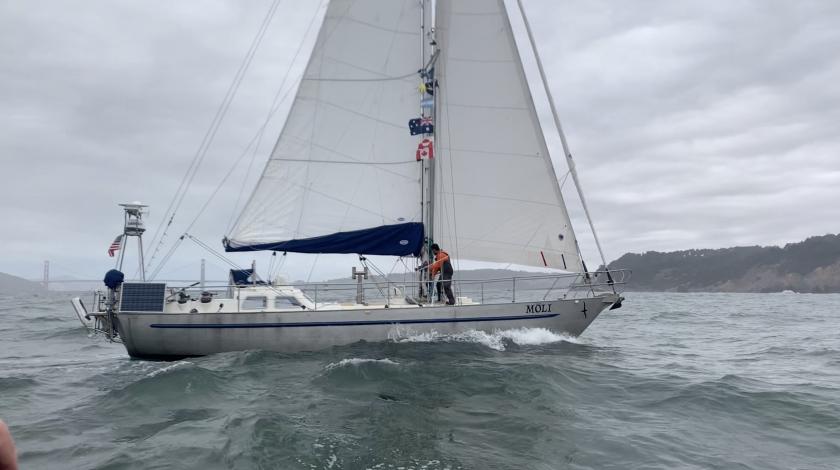 On March 24, 2021, The Cruising Club of America hosted its annual CCA Awards dinner and Gala. Typically the event culminated at the New York Yacht Club in Manhatten with a weekend of meeting Different than years past, in that this year, the event was virtual. The event was attended by sailing superstars from around the globe including six previous winners of the Blue Water Medal: Jean Luc Van Den Heede (2019), Skip Novak (2014), Jeanne Socrates (2013), Peter Passano (2007), Tony Gooch (2003), and Bob and Beth Lux (1996). They provided a great welcome reception for the 2020 winner Randall Reeves.

Upon receiving the honor, Reeves credited his achievement to luck, being lucky to have married his wife Joanna and finding the right boat. It is interesting to note that Reeves bought Moli from previous Blue Water Medal winner Tony Gooch, who has served as a living manual.

Join Randall Reeves and all the other Summer Sailstice ambassadors in sailing on June 19th, 2021. You can help make 2021 our biggest year yet, just by signing up and raising your sails. 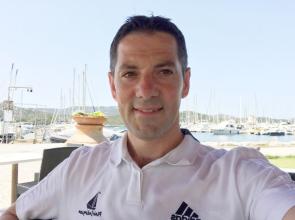 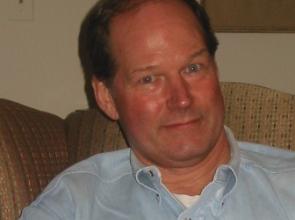