Wetas were the way to sail in this year's Summer Sailstice celebrations! 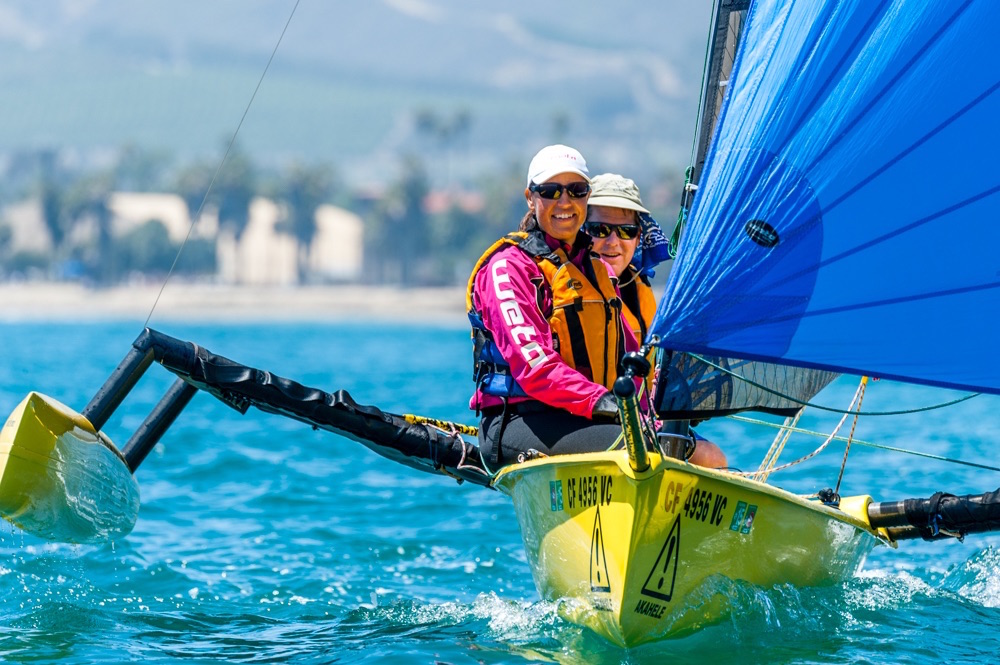 Seen by some as the ulitmate all purpose recreation boat, the Weta was conceived and designed in New Zealand and has been successful in the world sailing scene since its launch over 11 years ago. The Weta is a lightweight, handcrafted, fibreglass/carbon composite multihull, designed to suit all ages and abilities. And for this year's Summer Sailstice celebrations, Jared Brockway of Pierpont Performance Sailing in Ventura California hosted the 3rd Annual Weta Camp .

Stephanie De Lair sent us this great story of the weekend's events:

Early arrivals rigged their Weta Trimarans on Friday afternoon. After maneuvering through the long fairways, and pulling into a boat slip, they were done for the evening, or so they thought. As a line was tossed onto the dock, it slipped through a participant’s hand and there went Jared’s camera into the water. Without hesitation, Jared went diving in the frigid harbor waters to retrieve his video camera that got knocked off the dock. It was quite entertaining!

Since a number of the participants had never sailed a dinghy through a marina, they were a little hesitant. As many of you know, it’s imperative to keep up your speed and tack at the last second when you’re almost out of room. One sailor had some technical difficulty sailing through the fairways and had to get some assistance getting untangled. Lesson learned!

After a Saturday rendezvous on the beach for lunch, Weta’s headed out on a sail to the pier and back. What an adrenaline rush as Stephanie hit the cool water and did her first controlled capsize. This was a great way to practice with plenty of support and coaching available. The most difficult aspect was to ensure you get in the boat as it rights itself. No one wants the Weta sailing off without them. Although, it is not as easy as it appears in the video. Practice makes perfect!

“Chalk Talk” kicked off Sunday morning at Pierpont Bay Yacht Club. The focus was how to sail in rough waters and ride the waves to maximize speed. Next, it was “off to the races” to practice starts on a short windward/leeward course. Sailors stayed clear of the weather mark which had been taken over by the vocal seals. Their sounds told us to “stay away or else”. No one wanted to find out what that meant! As the race series continues, a few of the sailors had some fun as they utilized tactics to impede their friends at the start. At one point, one of the guys was almost pinned at the starting mark as laughter erupted around him.


As the races were winding down, Stephanie heard a POP! A turnbuckle bent, the pin came out, and down came the mast. Hanging on to the mast and main as she floated up and down the ocean swells, Bob Shirley hopped off another boat to help de-rig before getting towed in. The boat and sailors arrived back at the harbor completely intact. What a great learning experience!

It was over way too quick. There’s always next year! What will happen then, nobody knows. And one time at Weta Camp…" 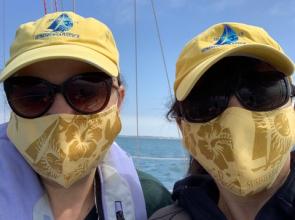 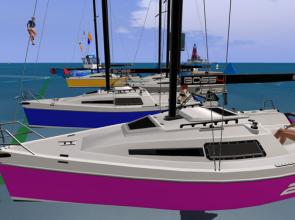 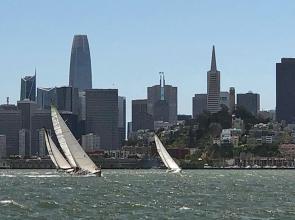 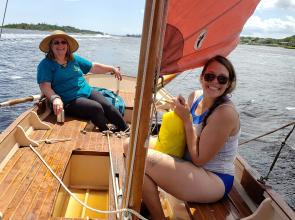 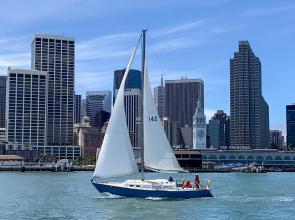