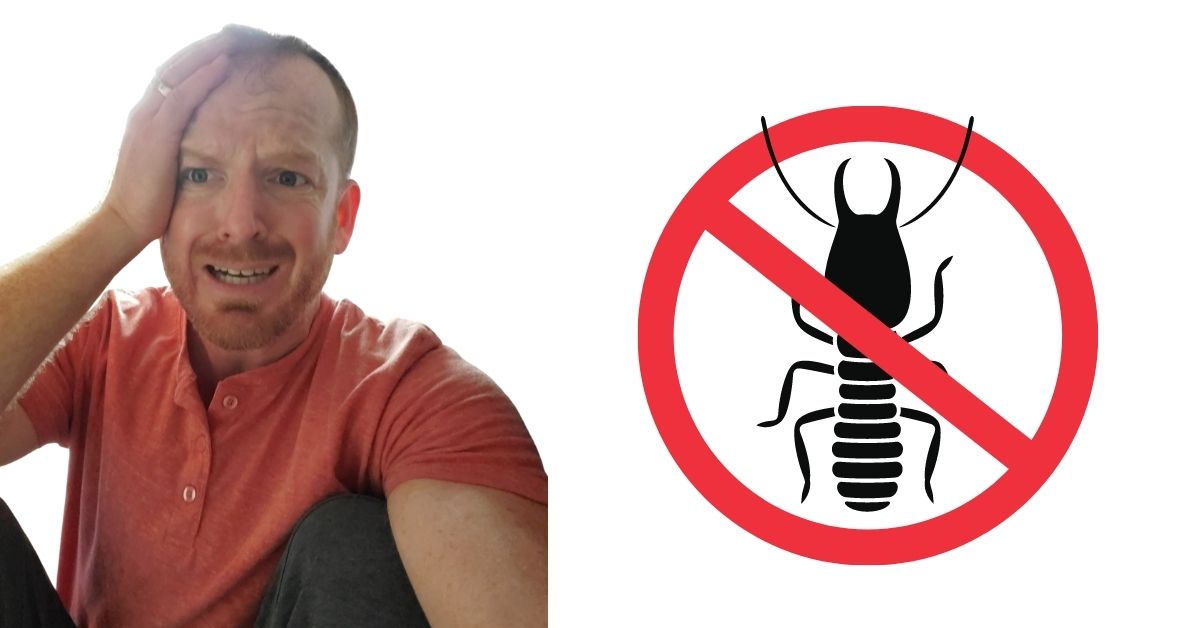 A few months ago our ambassador Ryan Foland was doing some routine maintenance when he discovered that his boat, Bingo, had some stowaways! Although we want to share the joy of sailing with everyone, his uninvited guests had to be removed immediately so he could continue sailing for years to come. This is the story of how Ryan evicted thousands of termites, in none other than his own words:

It was time for new bottom paint, so I bit the bullet got the boat out into a local Shipyard and had them do their magic to rough out the parts that are chipped, had them poke and sand off a few of the bigger blisters, and then apply two coats and three at the waterline to ensure that Bingo was ready to go for the next few years.

I remember visiting her when she was up on the hard, and I was inspecting the great work being done. I recall seeing an odd-looking bug with large wings fly by. At the moment it didn't really strike me as odd. It was a flying bug.

It wasn't until the boat was back at the dock a few weeks later that I was routinely checking up on her.  I went down below and felt and heard an unfamiliar crunch under my Rainbow sandals. Looking down I was confused as I saw hundreds of little tiny brown mini pebbles surrounding my feet.

Is that? Are those? Oh my god, that looks like termite poop!

I immediately started to sweat and freak out, because Bingo is a 1977 Cal 34 with lots of woodwork everywhere. I chased down what seemed to be the source and immediately grabbed my toolbox to start on doing the headboard because logically that's where these little droplets, which I later learned are named frass, might have been coming from.

After taking off the first panel piece I looked and saw it. The little worm-like termite with half of his ass hanging out of the hole buried in a piece of plywood that was between the fiberglass headboard and the headliner panel. I grabbed him and pulled him out and terminated his being. I immediately continued to take off other headboards searching frantically for little monsters.  I cannot see any more of those little freeloaders and worked to vacuum up all of their frass, turn to Twitter letting everyone know what happened. I was asking for simple advice of what to do next. 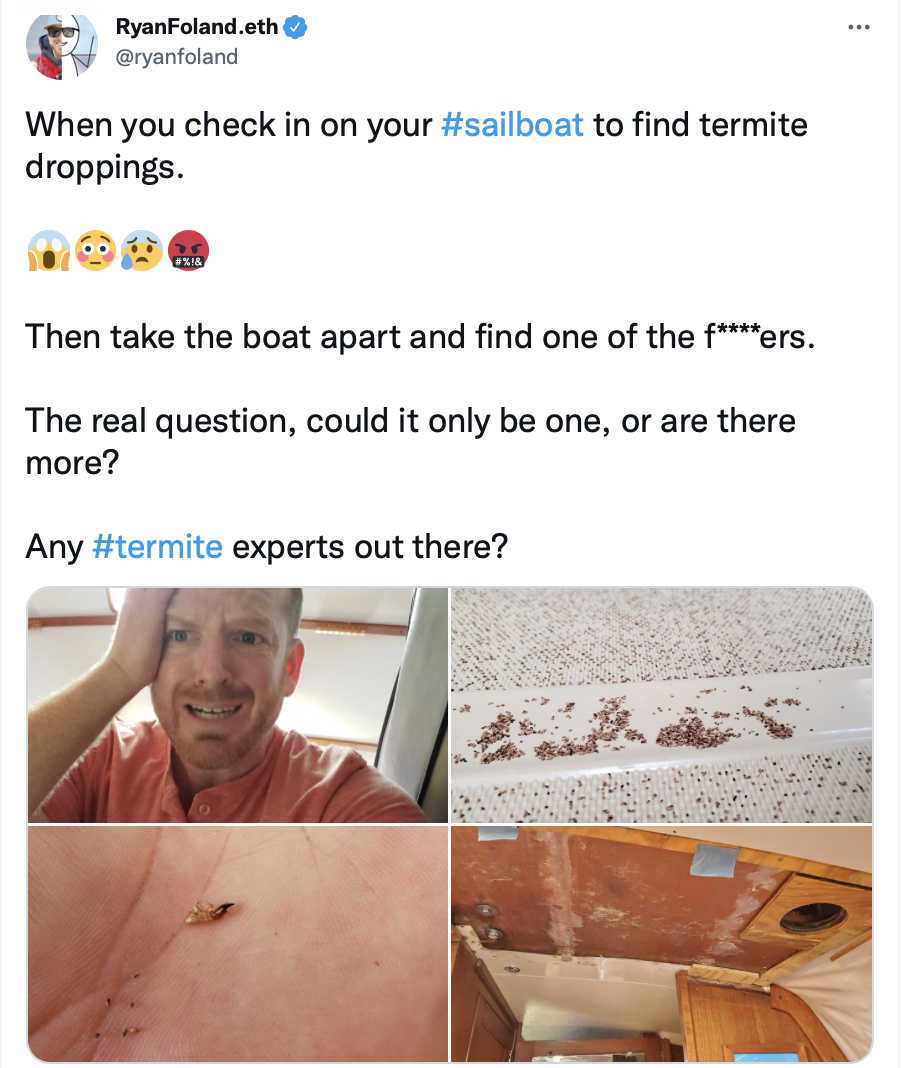 I naively asked if there could only be one termite? Unfortunately, everyone on Twitter explained that there is never just one termite. And with advice from meticulously looking at every single piece of wood on the boat, to biting the bullet and tenting the entire thing, I chose the DIY options first.

The next week when I went back to the boat, there in the same place where I had cleaned up prior, was a whole bunch more frass. My Twitter friends were right there was more than one of the termites that I had found the week before. I continued to take apart the headliner and sprayed the toxic poison everywhere to kill whatever was still living in little pieces of wood in my headliner and around the surrounding areas. I took out every single drawer. I looked under every single nook and every single cranny trying to find more evidence of frass.

I couldn't find any more evidence of frass and continued to spray where I think logically they might have jumped from where I found the initial one. After a very stressful week of waiting, when I returned to the boat to inspect my work, and see if there was more evidence of termites, I was elated to find that there was no more frass.

Yay! I successfully exterminated whatever type of termite colony had been there before. I was super relieved because I did not want to scratch a check or go through the brain damage of tenting my entire sailboat. My buddy Justin came over and helped me put the headlining back in, and that was that! Disaster avoided. While talking with some dock Neighbors a few of them had also confirmed sightings of termites at the local boatyard. It's unfortunate that I went for a bottom paint job and came back with termites, but I was able to catch the problem quickly and was able to localize the treatment, and BINGO is now ready and shipshape for summer sailing, most importantly sailing on Summer Sailstice. 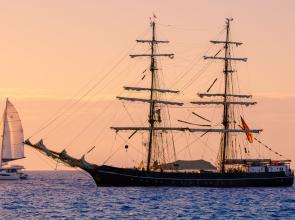 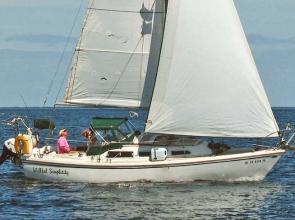 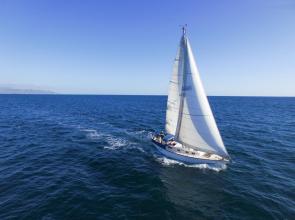 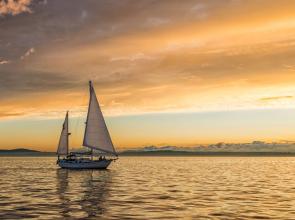 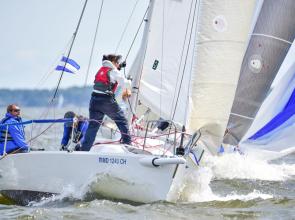