Will Keeping It Simple Get You on the Baja Ha-Ha This Year? 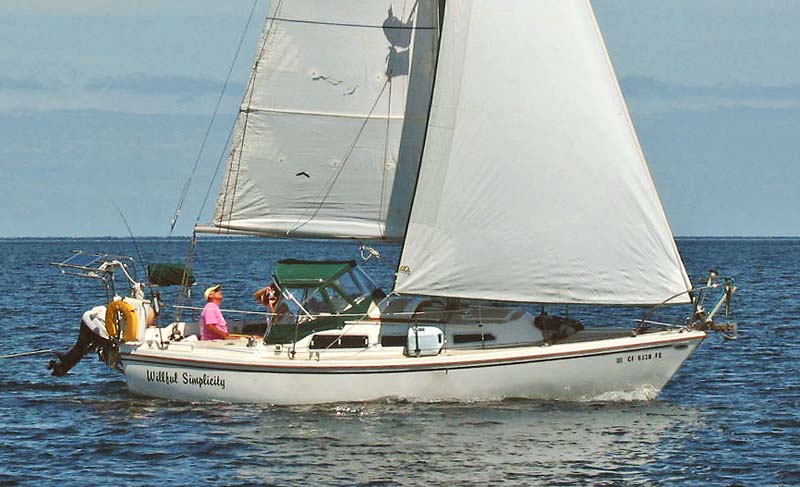 Inspired by the upcoming, highly anticipated Baja HaHa Cruisers Rally, we thought it would be a great time to reshare this article, originally posted in Latitude 38 Magazine by John Arndt:

Participants in the 2022 Baja Ha-Ha should be receiving their 2022 Ha-Ha burgees in the mail, as well as the printed 2022 First Timer’s Guide to Mexico, digitally available for all on our Heading South page. While reading through the 2022 update we were again reminded of the wisdom of the Grand Poobah as he described the “Minimum Cruising Boat” with the story of Steve and Charlotte Baker aboard their Catalina 27 Willful Simplicity. It’s a reminder that it’s not necessary to wait until you have a “big boat” before you cruise Mexico. After all, you don’t want to save all your life for something you may never do, when you can something now that you will always savor.

Following is the story of Steve and Charlotte with some additional insights from the Grand Poobah in the 2022 First-Timer’s Guide to Cruising Mexico.

“Having become dissatisfied with our suburban lives in Santa Rosa, in 2009 we bought Willful Simplicity, a 1973 Catalina 27. Many people told us we couldn’t enjoy Mexico with our ‘mini-cruiser.’ The only person who encouraged us, and whom we used as a guiding light, was Richard Spindler, who founded both Latitude 38 magazine and the Baja Ha-Ha. Had we listened to the naysayers rather than Richard, we would have missed out on the nine best years of our lives.”

“We started our new life with 135 other boats in the 2009 Baja Ha-Ha, which is the 750-mile cruiser rally Richard runs each year from San Diego to Cabo San Lucas. That Ha-Ha is generally considered to have been the windiest of the 24 Ha-Ha’s to date, but we and our Catalina 27 Willful Simplicity didn’t have any problems.

“We saw many beautiful places and enjoyed countless great anchorages on the way down to Cabo and up into the Sea of Cortez. But the absolute best part of our cruising was meeting the locals, especially the children, and coming to appreciate their natural way of life. We have become better people for what we’ve learned from the people of Baja.”

“For nine years, our homeport was more or less the tiny fishing village of San Evaristo, a popular anchorage about 50 miles north of La Paz, by water. Over the years we tried to help this village as much as we could, and enjoyed the support of many cruisers in the Sea who donated supplies and equipment to the community.

“Fortunately, our Catalina 27 can carry far more supplies than anyone would imagine. Indeed, it’s so roomy that Charlotte and I were constantly thinking about what junk we wanted to get off the boat. Simplicity is the best!”

“Our Catalina 27 has been the perfect Sea of Cortez cruising boat for us and has absolutely been the biggest bang for the buck. Who would have ‘thunk it’ when we sailed under the Golden Gate at 4 a.m. in 2009 and turned left, heading toward an unknown future? We have no regrets about the decision we made and will continue to live our lives in the spirit of ‘willful simplicity,’ although, after nine years, it will now be on land at Evaristo.”

The Grand Poobah did a little research looking for some candidates he’d consider good boats for sailing to Mexico. Here’s what he found:

We’re sure that a few of these boats were wrecks that might not be worth accepting even as a gift, and might even be dangerous without new rigging, new thru-hulls, and other expensive upgrades. But we’re also confident that given a little bit of knowledge and a lot of elbow grease, some of them would make fine little cruising boats for Mexico.

Smaller cruising boats remind us of Christian Lauducci, who sailed across the Pacific with his wife and three kids aboard their Sausalito-based Stevens 40 Shawnigan. We first met Christian about 20 years ago when he was cruising Mexico on his 26-footer, complete with girlfriend — and six surfboards.

The truth of the matter is that a lack of money is rarely a true obstacle that prevents people from going cruising. It might be more “boat camping” than luxurious cruising if you’re on a short budget, but if you’re young and in search of adventure, it shouldn’t matter to you.

This theme was also most ably demonstrated by renowned cruising couple Lin and Larry Pardey, who began their first circumnavigation aboard their 24-ft wooden, home-built Seraffyn, and suggested to others, “Go Simple, Go Small, Go Now.” 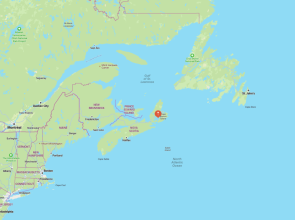 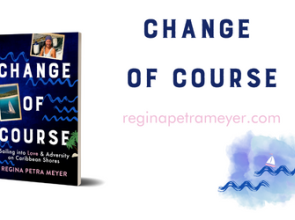 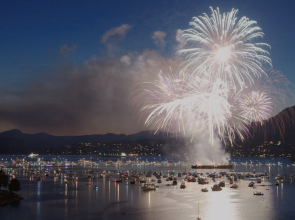 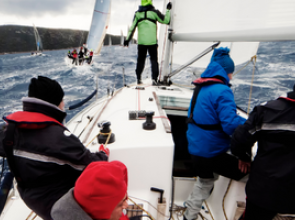 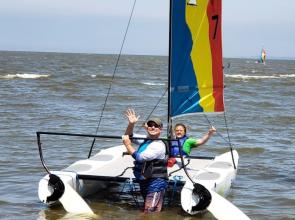